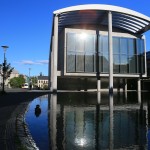 The methods for the prevention of substance abuse are to be discussed during the Cities for Youth conference, to be held in Reykjavik, Iceland. Cities for youth was organised following the news that the usage of substances amongst adolescents in Iceland was recorded as the lowest in Europe during 2013.

As part of the conference, various stakeholders including the City of Reykjavik, policy makers, researchers, and practitioners, will be showcasing the ‘Icelandic Model’, which has been helping to tackle to substance abuse in Reykjavík for the past 15 years.

The ‘Icelandic Model’ is a theoretically-grounded, evidence-based approach to community adolescent substance use prevention that has grown out of a collaboration between policy makers, behavioural scientists, field-based practitioners, and community residents in Iceland. The intervention focuses on reducing known risk factors for substance use, while strengthening a broad range of parental, school, and community protective factors.

For over seven years, the methodology from the Icelandic model has been introduced in several cities in Europe through “Youth in Europe – A Drug Prevention Programme”.

During the conference, keynote lectures will be taking place, as well as the opportunity to discover practical “hands on” information directly from those who have contributed to and lead the prevention work in Reykjavik

Cities for Youth will be taking place over two days, 19th – 20th March 2014, at the Hilton Reykjavik Nordica in Reykjavik, Iceland.

For more information about  Cities for Youth, visit www.citiesforyouth.is.