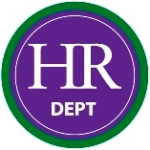 A leading HR firm has called for a major overhaul of the way Britain caters for parents returning to work after a survey found that almost a third of SMEs are still concerned about employing women of child-bearing age.
Whilst the European Commission and the British Government attempt to legislate for greater equality in the workplace, Sue Tumelty, Managing Director of The HR Dept, argues that we will never gain genuine equality until we start providing parental leave enabling either the mother or the father to take paid leave following the birth of their children.
Ms Tumelty said: “Barbara Castle was way ahead of her time when she championed equal pay for men and women but little else has really changed since the 1970s. There are still very few women in senior management positions because once women decide to have families, it is virtually impossible for them to continue their career along the same path.
“In order to find part-time roles, mothers generally need to take jobs that require less responsibility, are less interesting and are less well paid. As a result Britain is missing out on so much talent.
“Campaign groups have achieved a huge amount to champion the rights of disabled people in the workplace and have successfully changed public attitudes, encouraging us to look at abilities rather than disabilities. We need that same kind of campaign to change hearts and minds, altering the way we perceive mothers at work so that we can recognise and value the talents and experience they bring to their roles.”
Ms Tumelty does not believe Government measures such as the compulsory audits on equal pay will succeed in improving equality and narrowing the pay gap.
“When women become mothers there is simply no way the majority can compete with their male colleagues,” she explained.
“What’s needed is a fundamental change in mindset where as a nation we take collective responsibility for all our children.
As a society, we need children to keep us all in our old age.
People without children must accept the need to support and protect parents during the child rearing ages.
“We need to allow and actively encourage both men and women to share responsibility as parents.
If we give both mothers and fathers the option to take parental leave, employers will no longer be able to discriminate against mothers. Couples would be able to choose which of them is in the best position to take a career break and which is best equipped to care for the children, without having to worry about loss of earnings or professional status.”
www.hrdept.co.uk