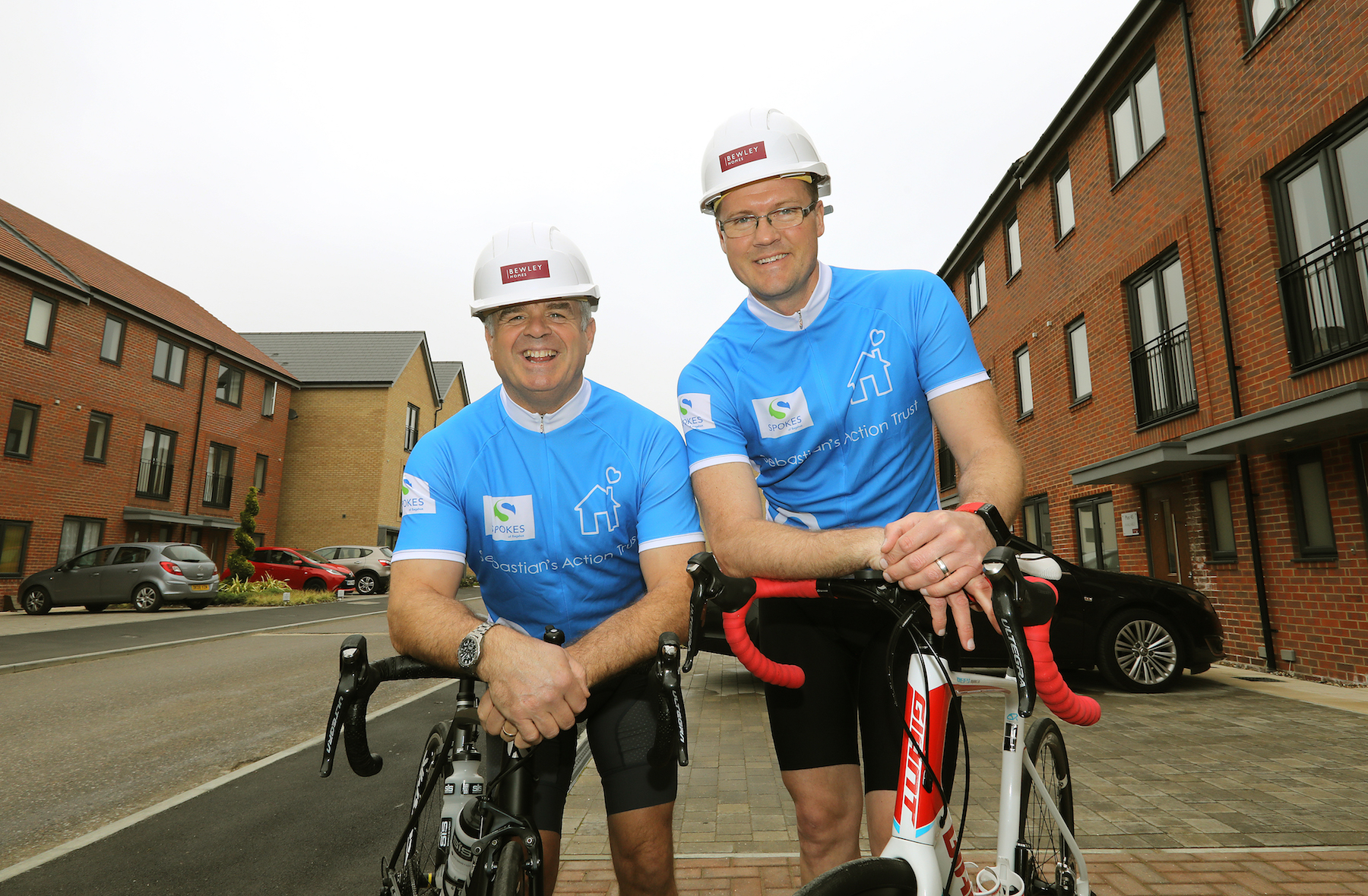 A pair of enthusiastic cyclists from Bewley Homes are currently training hard for a 100-mile bike ride in aid of children’s charity Sebastian’s Action Trust.

Senior site manager Chris Gilbert and head of construction Mick Heaver will join 25,000 other cyclists at the Prudential RideLondon-Surrey 100 on Sunday, August 4. They will get on their bikes at the Queen Elizabeth Olympic Park in east London before travelling through the capital, then along Surrey’s country roads and through the Surrey Hills. They will finish their mammoth cycle on The Mall in front of Buckingham Palace.

Chris, who has worked at Bewley Homes in Baughurst since 2003, explained: “Sebastian’s Action Trust is one of Bewley Homes’ chosen charities, but it’s also massively close to my heart personally. My best friend’s daughter Ruby was cared for by the charity after she was diagnosed with neuroblastoma at 11 months. She died in 2014 when she was five.”

The 40-year-old added: “I’ve done quite a number of charity bike rides, but I’ve wanted to do a 100-mile challenge for quite some time; it was about testing myself and striving for a goal. So doing the London-Surrey 100 for Sebastian’s Action Trust was the perfect opportunity.”

For 59-year-old Mick, cycling has become a passion since the sudden loss of his wife Carol last year. “I started cycling just before she passed away, and it’s been something to focus on since then,” said the great-grandfather, who was married to Carol for nearly 37 years. “I’ve done charity rides for Sebastian’s Action Trust before, but this will be the longest one. I had two weekends off training recently and won’t be doing that again!”

Chris and Mick are currently riding around 100 miles a week as part of their training for the event in the summer, and hope to raise £2,000 for the charity. “We’d like to finish the course in under seven hours,” said Chris, who is dad to four-year-old Declan. “There should be quite a good rhythm with so many other cyclists riding on closed roads, but you never know what you’ll face on the day.”

If you would like to support Chris and Mick on their 100-mile cycling challenge, visit uk.virginmoneygiving.com/ChrisGilbert8. To find out more about Sebastian’s Action Trust, visit www.sebastiansactiontrust.org.