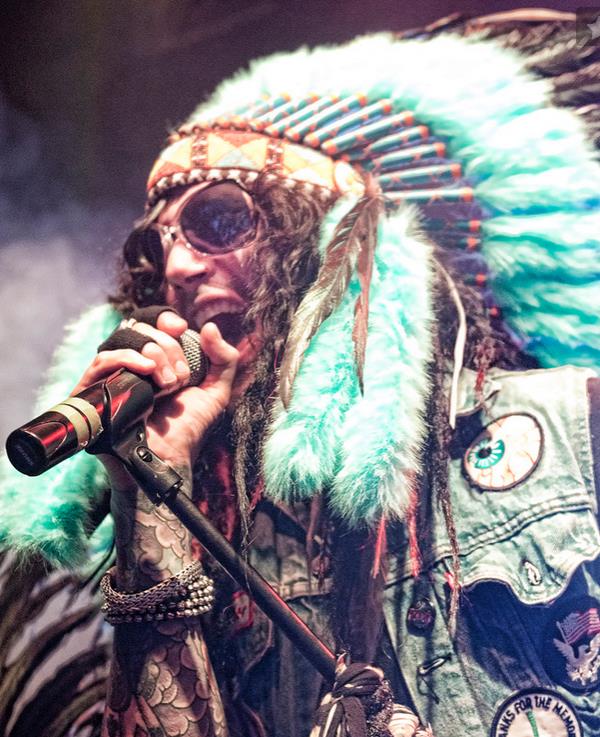 Californian Rock n’ Roll band ‘Blacklist Union’ announce their forthcoming album ‘Back To Momo’, out 13th of June 2015 with lead single ‘Alive N’ Well, Smack In The Middle Of Hell’. Former ‘Guns N’ Roses’ manager, Vicky Hamilton who was recently interviewed by the Daily Mail about her upcoming book reciting her unique experiences as ‘Guns N’ Roses’ first manager and their rise to fame is now behind ‘Blacklist Union’ bringing them to the UK for the first time. Fronted by Tony West, ‘Back To Momo’ has been described by Doug Goldstein as “The best record that I’ve heard since ‘Appetite For Destruction”.

‘Blacklist Union’ draws influences from ‘The Ramones’ to ‘Aerosmith’ giving them an angsty, unhinged, straight ahead Blues/Rock sound. Tony West leads the band with primal assertive vocals in a full-throttle Rock ‘n’ Roll celebration revitalising the hedonism that the genre once new. Tony West identifies with ‘Alive N’ Well, Smack In The Middle Of Hell’ as “a song about living in the city, being able to survive despite what goes on around you and to sustain and survive physically, spiritually and mentally”.

The album ‘Back to Momo’ is named after the notorious Santa Monica “massage parlour” famed in the U.S for it’s Rock n’ Roll associations, West proudly proclaims; “I’ve been married three times had multiple girlfriends and when things head sour, I head back to Momo”. Tony West is no stranger to the decadent lifestyle that Rock ‘n’ Roll attracts, becoming the singer of Sunset Strip legends ‘L.A Guns’ during their 2011/2012 tour. The time spent with Tracii Guns (L.A Guns), performing in Malfunkshun paying tribute to his hero Andrew Wood (Malfunkshun and Mother Love Bone) and his other musical experiences has influenced Tony West greatly, teaching him to be humble and to always be motivated by your passions.

Having received many enthusiastic five-star reviews for their raucous and debauched live shows following their critically acclaimed debut albums, ‘Blacklist Union’ have become infamous on their tours due to their decadent and unrestrained performances, becoming an underground favourite that can’t be missed. Just about everyone agrees that this band is on the rise and is set for international stardom.