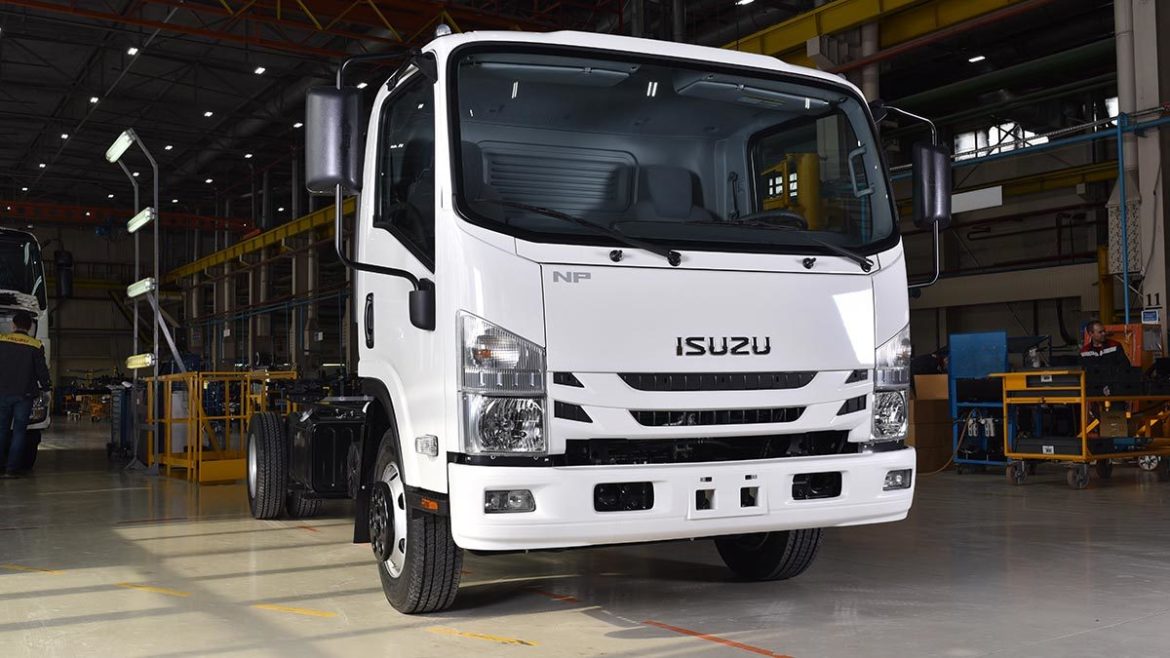 Engineering company Drive Electro is planning to present Russia’s first medium-duty electric truck in the autumn of this year. The truck is based on the chassis of the Japanese vehicle Isuzu ELF. Serial production is planned at Drive Electro’s plant, which is expected to open in the first quarter of 2022.
The vehicle will be a medium-duty delivery truck for retailers and other transport companies with a fully-loaded weight of 9 tons. The Russian electric truck will be based on the chassis of the Japanese model Isuzu ELF (body, cabin, chassis). There are currently no medium-duty electric trucks on the Russian market at all: this niche has been taken by internal combustion engine vehicles. The new Drive Electro vehicle will be the first fully electric medium-duty truck and will have a range of around 200 km. It will be offered to customers with a 10-year life cycle contract that includes technical maintenance of the vehicle and provision of charging infrastructure.
The vehicle is now in its certification stage, after which the new product will be unveiled. This will be the first production vehicle from Drive Electro’s plant, which is due for completion in May-June 2022, after which an experimental batch of the vehicles will be made. The plant has a maximum annual capacity of 1,000 sets of batteries for electric buses and 500 electric trucks, though initial production levels will be lower.
According to experts, there could be a great demand for a truck of this kind “Gruzovichkof” (one of the leading freight companies in Russia) and IKEA have sought opportunities to switch their Russian logistics operations to electric vehicles but have failed to find a suitable truck on the market. There simply are no such trucks at present. But if Drive Electro’s vehicle is successful, people will want to buy it,” ‘Vedomosti’ was told earlier by Kirill Zhanaydarov, head of transport projects at the Skolkovo Foundation.

Drive Electro already has experience working with freight vehicles. In September 2020, the company presented the first experimental model of Russia’s first heavy-duty electric truck and handed it over for trial operation by a major food chain. That vehicle has a range of around 120 km fully loaded. Following successful testing, there are plans to sign a contract to supply 200 vehicles. In addition, Drive Electro is Europe’s biggest manufacturer of batteries for electric buses, having already made and supplied the city of Moscow with components for 400 electric vehicles. This year, the company will supply batteries for a further 200 buses in the city.