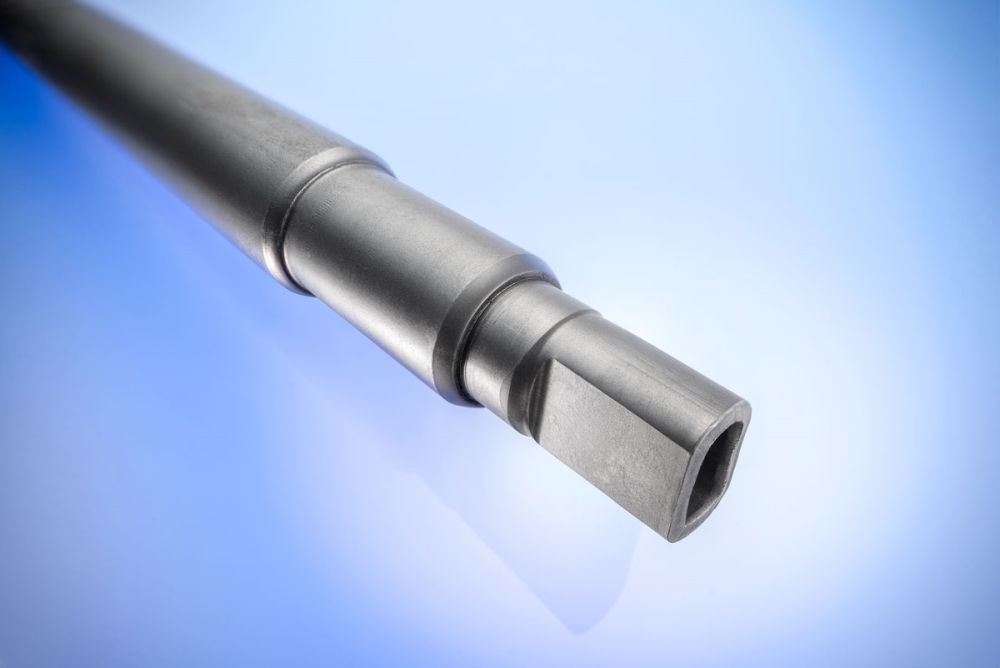 At TUBE 2018, Aachener Maschinenbau GmbH (AMBA) is going to present its new all-in-one machines for the production of cold-formed tubes. These machines are the first in the world to produce tubes with varying cross-sections in just one continuous cycle. The first tube manufacturer to use one of these machines has been able to increase the production rate by a factor of ten, while significantly reducing the costs of production.

Tubes with varying cross-sections along their length are traditionally produced by hot working and subsequent machining. This is a rather lengthy process, last but not least due to the great handling effort involved in the frequent re-clamping of the work pieces.

Now AMBA has taken the all-in-one principle known from the manufacture of long bolts to a new production plant for shafts used in car seats. The entire seven-stage cold-forming process, finish rolling and marking are performed fully automatically by one single machine. The tubes leave the machine ready to be installed, requiring no additional machining. Manfred Houben, one of the two Managing Directors of AMBA, is committed to keeping the costs of production down for his customers: “With our machines, our customers can boost the productivity of their operations. All process steps, from the automatic feeding of the input stock out of a high-capacity storage system down to the finished tube ready to be installed, are automated. This not only dramatically reduces human resource requirements. Compared to machining, cold-forming processes also entail much lower tooling costs and eliminate metal chip scrap.”

Apart from these advantages, cold-formed tubes feature better tensile strength properties than hot-formed ones, and the finished tube has a consistent wall thickness over its entire length, even at the transitions between different cross-sections.

Albeit their thinner walls, cold-formed tubes made on the all-in-one machine are generally having the same mechanical properties as a thicker-walled hot-formed tubes. This means lower material costs and lower component weight.

AMBA”s all-in-one machines can make tubes with diameters of up to 50 mm.

In its very first application, the all-in-one machine for tubes makes shafts for car seats. Over their length, these shafts feature six sections of three different diameters. In the past, these shafts were made by a hydraulic forming process followed by machining. With the new all-in-one machine, the manufacturer has been producing at a rate of some 35 pieces per minute, which is more than ten times the throughput achieved before. The machine has definitely passed its field test: In 2017, it produced more than one million tubes for the automotive industry, with manufacturing tolerances of +/- 0.05 mm.