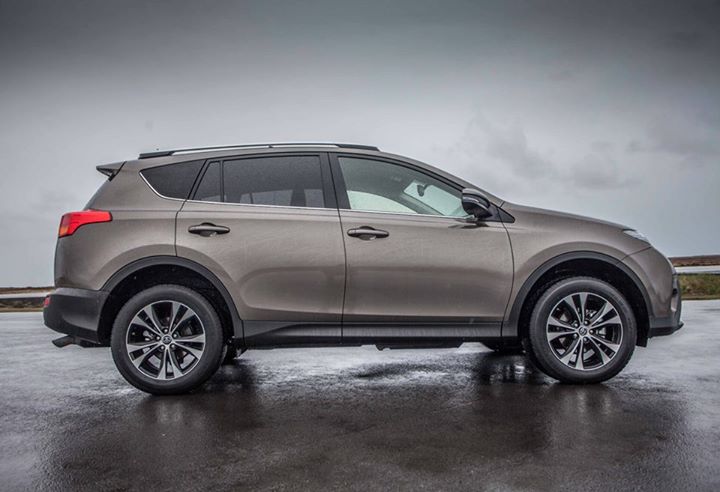 When self driving in Iceland, you could go with compact and economy cars and have a great time, but if you need comfort and more space, upgrading to luxury if you can will make your trip all the more memorable. Iceland is very rugged, with gravelly roads and many sharp hills and bends, so having that better build quality makes it all the more satisfying.

Long drives in the winter can be particularly hard going even for seasoned drivers, so consider upgrading to a luxury vehicle at this time especially. With the likes of Blue Car Rental, most of their luxury cars are four-wheel drive, too, meaning you can go off the main Route 1 onto the so-called country, F roads.

These routes are unsealed and the rivers have no bridges, though the likes of the Range Rover Sport can handle them nonetheless. One of these will really make you stand out among the crowd compared with the standard rental cars on Iceland’s roads. They are also kitted out with mod cons, such as GPS, quality sound systems and of course lots of power for Iceland’s steep hills.

Iceland boasts dramatic scenery at every turn. Just the act of taking to the Golden Loop and rolling up to the Gullfoss falls in a luxury Mercedes Benz ML250 or Range Rover will doubtless add a spring to your step. Driving between attractions no longer becomes a chore after numerous hours behind the wheel, because marques like these are such a pleasure to operate.

You can even head on down to the mighty Vatnajökull National Park from Reykjavik in just a few hours and hardly feel like you’ve gone anywhere, with their smooth transmission and effortless power take-up. You could also hit the Blue Lagoon in style, or cruise the streets of Reykjavik for sightseeing and a night out at the Harpa Concert Hall to take in the Icelandic Opera.

Drive times right over to the East Fjords from the capital city in a luxury rental can even be done in seven or eight hours during the summer. And don’t forget, this time of year practically remains in daylight for the duration due to the extreme northerly locale of Iceland.

Blue Car Rental is one of the top car hirers in Iceland. They carry a range of luxury vehicles, including Mercedes two-wheel drive and four-wheel drive models. These five-door vehicles include plenty of space for luggage and are the latest models. This firm is known for replacing their cars year-on-year, including the top-end 4×4 ML-Class. This diesel SUV in particular is stylish and economical and can also take on the F roads.

For the ultimate in luxury and road handling, the Range Rover Sport HSE is as good as it gets on these roads. A real head-turner if there ever were one. Range Rover’s reliability issues of yesteryear are long gone; this thing will run and run, taking in the interior’s high mountain passes with ease and offering the ultimate in seating comfort.

These luxury vehicles come with good insurance coverage, to include gravel and theft protection, along with the option of collision damage waivers.

See the following tips for driving in Iceland:

Luxury cars are naturally more expensive than standard models, but even so it is worth checking ahead on possible deals with Blue Car Rental. They frequently have good prices and incentives are often on hand throughout the year. In addition, they can offer pick-ups and drop-offs at a variety of locations, including at the airport and Reykjavik hotels, as well as at the Blue Lagoon.