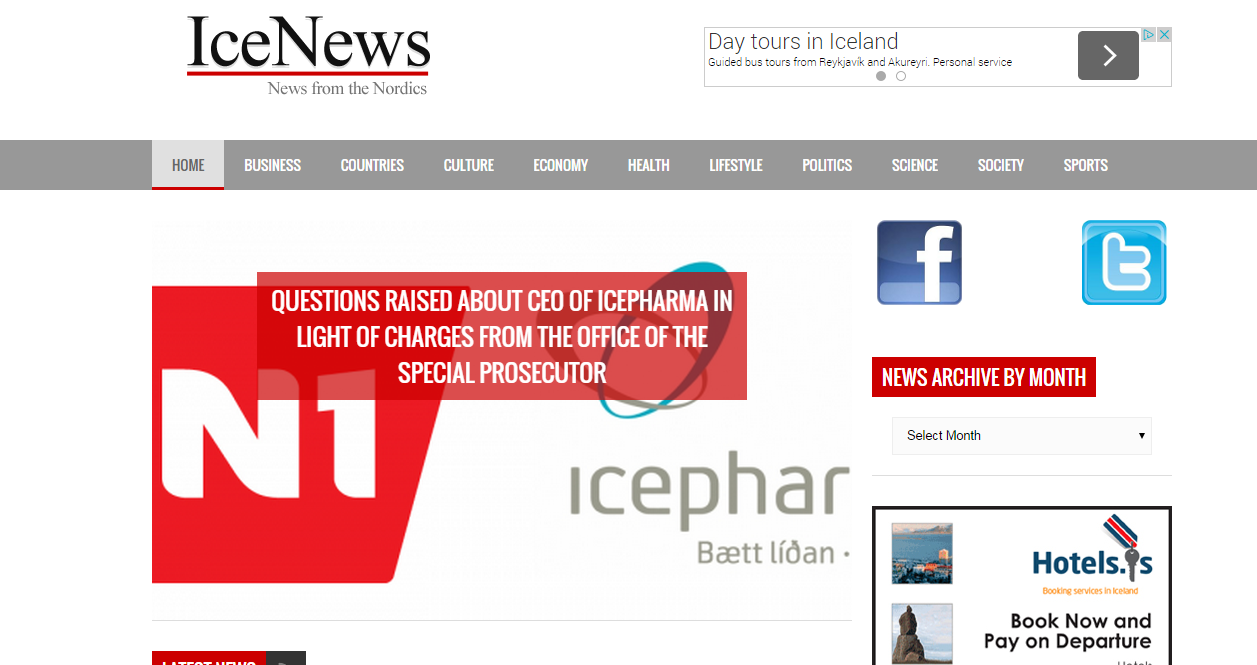 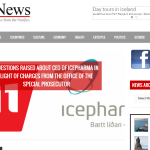 Last week Icenews covered news about the CEO of Icepharma in relation to charges from the Office of the Special Prosecutor, we also covered the first Iceland football championship by Stjarnan FC after a dramatic football summer and more. Below are the highlights of last weeks news:

Late penalty secures Icelandic title for Stjarnan
Late penalty secures Icelandic title for StjarnanThe Icelandic football season had the most dramatic finale possible on Saturday as the top two teams went head to head with the winner claiming the championship.
With both Stjarnan and Fimleikaflag Hatnarjardar (FH) going into the game unbeaten, there was more pressure on the former as FR would have claimed the title with a draw.
Tags: Stjarnan, Football, championship, Fimleikaflag Hatnarjardar, FH

Questions raised about CEO of Icepharma in light of charges from the Office of the Special Prosecutor
Questions have been raised about whether the CEO of Icepharma, Margret Gudmundsdottir, should remain as the Chairman of the Board of N1, Iceland’s biggest fuel retail and service company, after the Office of the Special Prosecutor in Iceland charged her, as a board member of SPRON, the country’s largest Savings Banks, which collapsed during the economic meltdown in 2008, with breach of trust.
Tags: Icepharma, N1 Nike, Baxter, Bayer, Lilly, Merck Serano, Mylan, Pfizer, Roche, Johnson & Johnson, CSL Behring, Biomet, Coloplast, Hill-Rom, Hospira, Smith & Nephew

UK rock band inspired by Iceland
UK rock band Dry the River are looking to follow up the success of their debut album with their second offering, Alarms in the Heart.
After enjoying the summer on the British festival circuit, playing at venues such as Glastonbury, Leeds and Reading, frontman Peter Liddle said he was a little apprehensive about how the second album would be received by their fans.
Tags: uk Rock, Inspired by Iceland, music, Glastonbury

Finland amongst the world’s largest coffee consumers
New data from the International Coffee Association (ICO) has revealed that Finland is amongst the biggest consumers of coffee beans in the world.
Finns’ consumption of raw coffee per capita is an incredible 12 kilos a year. This compares with Italians consuming 5.7 kilos of coffee aficionado per year while Spaniards consume 4.5 kilos yearly.
Tags: Finland, Coffee, International Coffee Association

For more news on what is happening in the Nordic Region visit www. Icenews.is