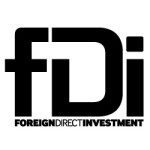 Reykjavik, Iceland’s capital city, has been voted number two in the shortlist Top 10 Northern European Cities Excluding UK and Ireland, as part of the recently published business report, ‘European Cities and Region of the Future 2014/2015´, by fDi Intelligence.

fDi Intelligence, a division of the Financial Times Ltd, has ranked Reykjavik number two in its Top 10 Northern European Cities Excluding UK and Ireland shortlist, beating other Nordic powerhouses such as Copenhagen and Stockholm.

Courtney Fingar Editor-in-Chief of fDi Magazine, states, “It is a challenging time for FDI in Europe. With sluggish growth in many of the major economies and continuing ill effects from the euro zone crises of last year, inflows into the region have declined. That makes it crucial for Europe’s cities and regions to take a proactive stance towards FDI promotion and to ensure their investment environments are as competitive as possible. Our rankings recognise the locations that are doing just that, and highlight the respective strengths of cities and regions of all sizes across Europe.”

Regarding Reykjavik’s listing, Oli Orn Eiriksson, Head of Economic Development for City of Reykjavik, comments, “Reykjavik is a young and thriving city, prospering through a high financial climate; we’re elated to see that all of the work conducted by the team and the stakeholders is coming to fruition”.

The Department of Economic Development at the City of Reykjavik promotes the city as a business location and assists local and international companies considering locating or expanding in Reykjavík to reach their business objectives.

Reykjavík is recognised as a world leader in the fields of geothermal and seafood industries. Other strong industries in the city are the biotech, medical equipment, tourism, IT, and the creative industries. Iceland has a thriving startup business community encompassing all of the aforementioned industries.

‘European Cities and Region of the Future 2014/2015’ is a biennial paper, which showcases cities and regions with high prospects for investment in the coming years.

Shortlists in the paper are based on independently collected data regarding salaries, GDP, infrastructure, education, job creation and price inflation for 468 locations, both cities and regions.

For more details regarding Reykjavik as a business location, visit http://investinreykjavik.is