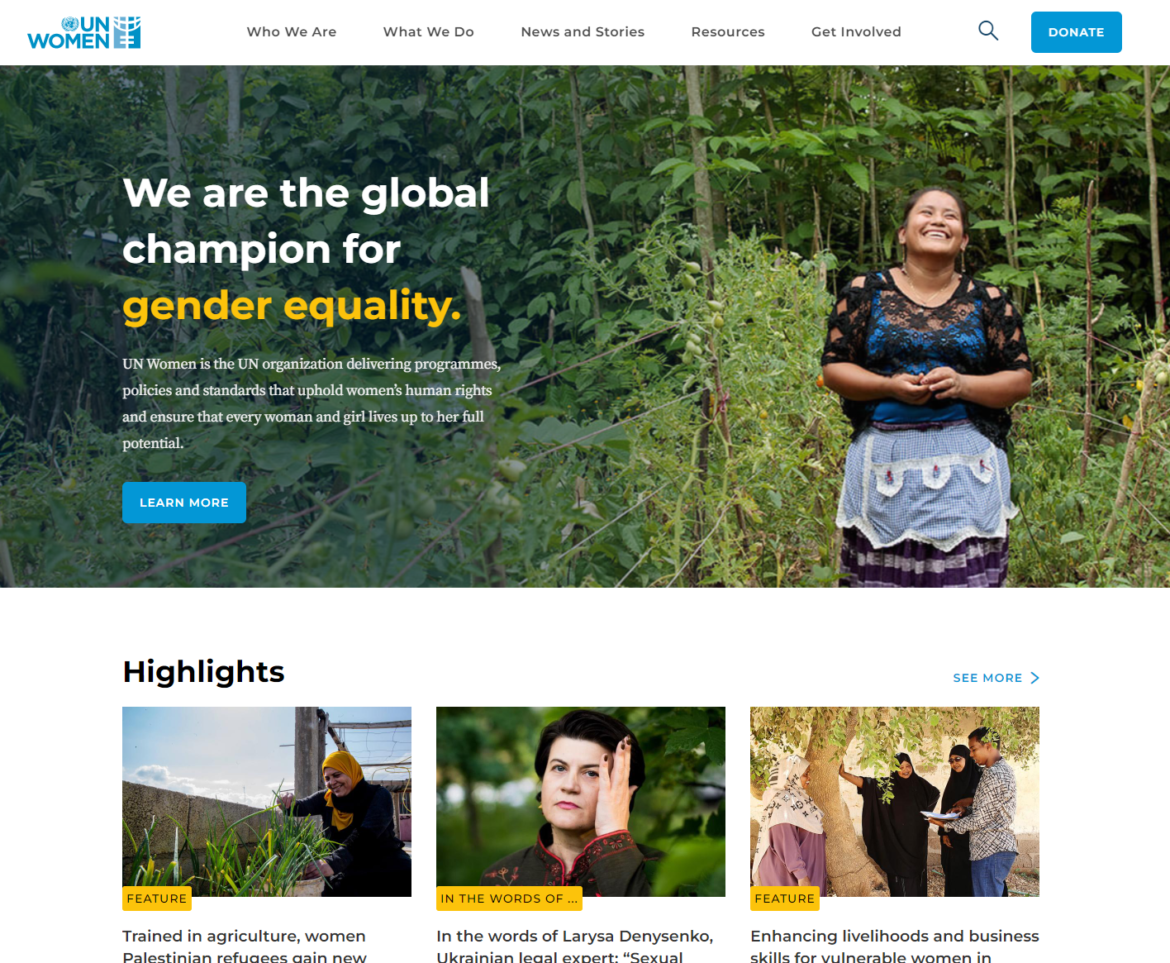 NEW YORK, USA– June 23, 2022 – Countries with greater women’s leadership, universal social protection and care systems, and space for feminist organizations to participate in democratic decision-making are more effective at responding to crises such as the COVID-19 pandemic, according to a new global report released today by UN Women and the United Nations Development Programme (UNDP).

As the overlapping impacts of the COVID-19 pandemic, a deepening climate emergency and geopolitical conflicts threaten gender equality and women’s rights, analysis based on new global data provides specific recommendations for governments to ensure their economic recovery and emergency preparedness strategies are gender-responsive, integrated and resilient.

“Countries with stronger social protection systems and public services do better on gender equality and have correspondingly been better able to weather the storms of recent years. But the world remains in turmoil. We must build on the many policy innovations we have seen in every region during the pandemic and redouble our efforts to ensure that women are included in decision-making in crises,” said UN Women Executive Director Sima Bahous. “This report shows that when women lead, everyone benefits from a more inclusive and effective crisis response, and more resilient economies and societies, today and in the future.”

Nearly 5,000 policies were examined over a two-year period by the UNDP-UN Women COVID-19 Global Gender Response Tracker, the most comprehensive global repository of gender-sensitive government responses to the pandemic. The tool identifies how global decision-makers reacted to the pandemic’s economic and social impacts, which continue to fall disproportionately on women.

In 196 of the 226 countries surveyed, at least one gender-sensitive measure was adopted, according to the new report released today, ‘Government responses to COVID-19: Lessons on gender equality for a world in turmoil’.

Countries with higher proportions of women in elected office, irrespective of national income, adopted more policies and budgeting that integrated gender considerations. Countries with strong democracies, powerful feminist movements or high shares of women in parliament adopted an average of five more gender-sensitive measures than countries without them.

Even in countries with less-than-equal representation, however, women’s political leaders demanded their voices be heard.

Fiji, for example, activated its existing crisis response mechanism to respond to natural disasters and adopt a historic 14 measures to mitigate the scourge of violence against women and girls during the pandemic.
The Women’s Parliamentary Group in Tanzania championed gender-responsive public information campaigns and targeted public funds to women-specific initiatives. Egypt’s Minister of Planning and Economic Development Hala El-Said chaired a task force that aimed to identify how to reduce the impact of the pandemic on informal work, where women’s employment is concentrated.

“Rebuilding women’s economic security and ensuring their rights is a critical priority for governments and the United Nations, including UNDP,” said UNDP Administrator Achim Steiner. “Responding to current and future crises requires action now to ensure that economies and societies are better prepared and more resilient in the future. This report shows what governments can achieve in their crisis response when they prioritize gender equality.”

Women’s collective action also boosted a country’s gender responsiveness. Feminist civil society groups both influenced the immediate response in their countries and contributed evidence and data to drive a feminist-informed vision of post-pandemic recovery and transformation.

Ireland and Chile were among the countries where activists not only took to the streets to demand government action but also contributed feminist plans and gender budget assessments to legislative and executive discourse.

Adding to the economic consequences of the pandemic for women everywhere is the greater burden of unpaid labour. Even before the COVID-19 pandemic, women worldwide were doing more than three times the amount of unpaid care and domestic work as men. Now, the increased inequity in time spent in caring for children, elders and other family members is forcing many women to leave the paid workforce.

These calamitous reversals in women’s economic opportunities will mean that 388 million women will be living in extreme poverty in 2022, expanding an already cavernous gender poverty gap.

Countries must do more to acknowledge the value of domestic work that women do, developing improved social protection for those with caring responsibilities as a backbone of a more integrated, resilient economy.

The tracker’s analysis of nearly 5,000 measures demonstrates that countries tend to work within their existing systems and structures when crises hit. This new report presents a clarion opportunity to champion improved, gender-responsive social protection and to ensure meaningful participation of women to identify solutions to acute and chronic challenges that leave no one behind.