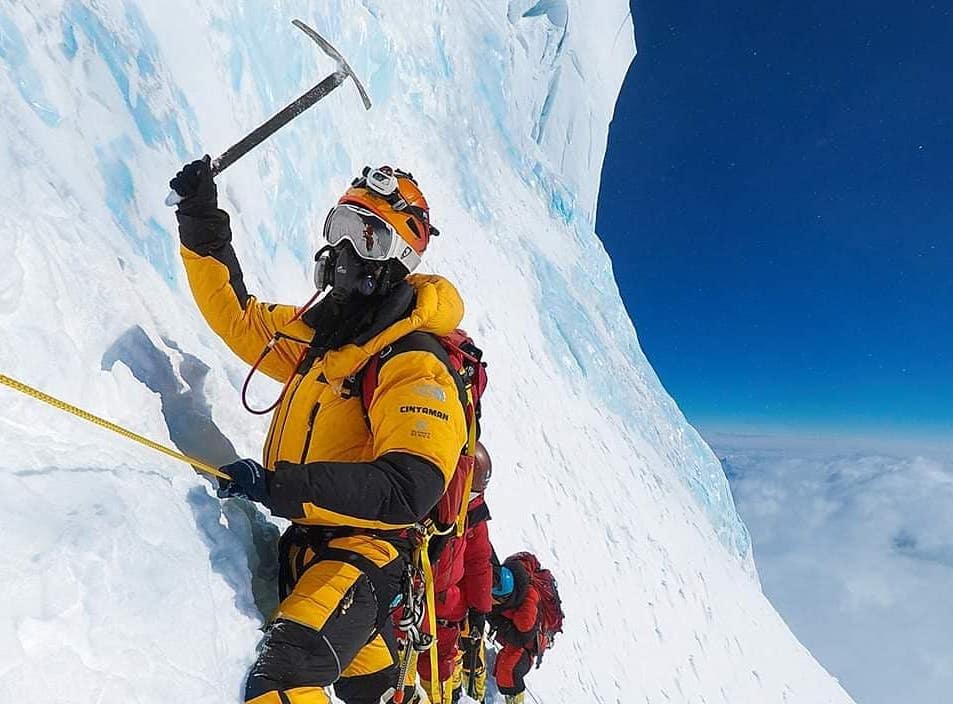 The notoriously dangerous mountain has never been successfully summited in the winter.

Reykjavík, Iceland – January 2, 2020 – Icelandic mountaineer John Snorri and his team will make history when they embark on an international expedition and summit K2 this winter, a feat that has been attempted in the past but never successfully accomplished. Located on the China–Pakistan border, K2 is the second-highest mountain in the world, standing at 8,611 meters and arguably the most dangerous. The team aiming to be the first to reach the summit this winter is comprised of four successful and experienced climbers: John Snorri Sigurjonsson from Iceland, Mingma G from Nepal, Ga Li from China, and Tomaz Rotar from Slovenia.

“I have teamed up with some of the finest mountaineers in the world…If it is possible to climb K2 in the wintertime, I’m confident that this is the group that can do it.”

Born in Iceland in 1973, John Snorri is an experienced climber and mountain guide with WFR (Wilderness First Responder) certification, a member of the Icelandic National Rescue Team, and an EMT. During his mountaineering career, he has summited Ama Dablam, Lhotse, K2, Manaslu, and pre-summited on Broad peak. He was the first Icelandic man to summit K2, and this will be his first winter attempt on the same mountain. He is married and the proud father of six children.

Mingma G is an experienced climber and mountain guide with IFMGA/UIAGM Mountain Guide certification, who was born in 1986 in Rolwaling, Nepal. He began his mountaineering career in 2006 and has since climbed 13 mountains over 8000 m, including K2 twice. He was named the “Honorary Goodwill Ambassador” for Nepal Tourism in 2011 and has earned numerous certificates and medals for his successful ascents. This will be his first winter attempt on K2.

Gao Li was born in China in 1985 and has since conquered numerous 8000 m mountains as an experienced climber. Throughout his career, he has climbed Manaslu, Everest, Lhotse, and Makalu. This will be his first winter attempt on K2.

Tomaz Rotar is a Slovenian mountaineer that is also a dentist. He conquered the three highest peaks in the world in three years.

Their Route to the Summit

With low oxygen pressure, a temperature that can drop below -60°C and include strong winds with snow, six summits have been attempted in the past during the harsh winter season, and none have succeeded. Some climbers have even lost their lives.

“This is a major challenge. In wintertime, we are dealing with extreme wind, frost and quite a lot of air pressure causing less oxygen at higher altitudes.”

The team will use the standard route that 75% of climbers use, the Abruzzi spur route, located on the Pakistan side. This is the southeast ridge of the peak, rising above the Godwin-Austen Glacier. The spur proper begins at an altitude of 5,400 meters (17,700 ft), where Advanced Base Camp is usually placed. The route follows an alternating series of rock ribs, snow/ice fields, and some technical rock climbing on two famous features, “House’s Chimney” and the “Black Pyramid.” Above the Black Pyramid, dangerously exposed and challenging to navigate slopes lead to the easily visible “Shoulder,” and thence to the summit. The last major obstacle is a narrow couloir known as the “Bottleneck”, which places climbers dangerously close to a wall of seracs that form an ice cliff to the east of the summit.

The team is scheduled to arrive in Pakistan on January 4th and will begin walking the Baltoro glacier on the 10th or 12th of January, depending on the weather. They will set up camps 1, 2 and 3 before the 20th of February and the 6 km line up the mountain. Once that is complete, they will begin to monitor the weather conditions in order to determine the best time to summit K2, aiming for mid-March. Follow the brave climbers on their journey on Facebook and Instagram.