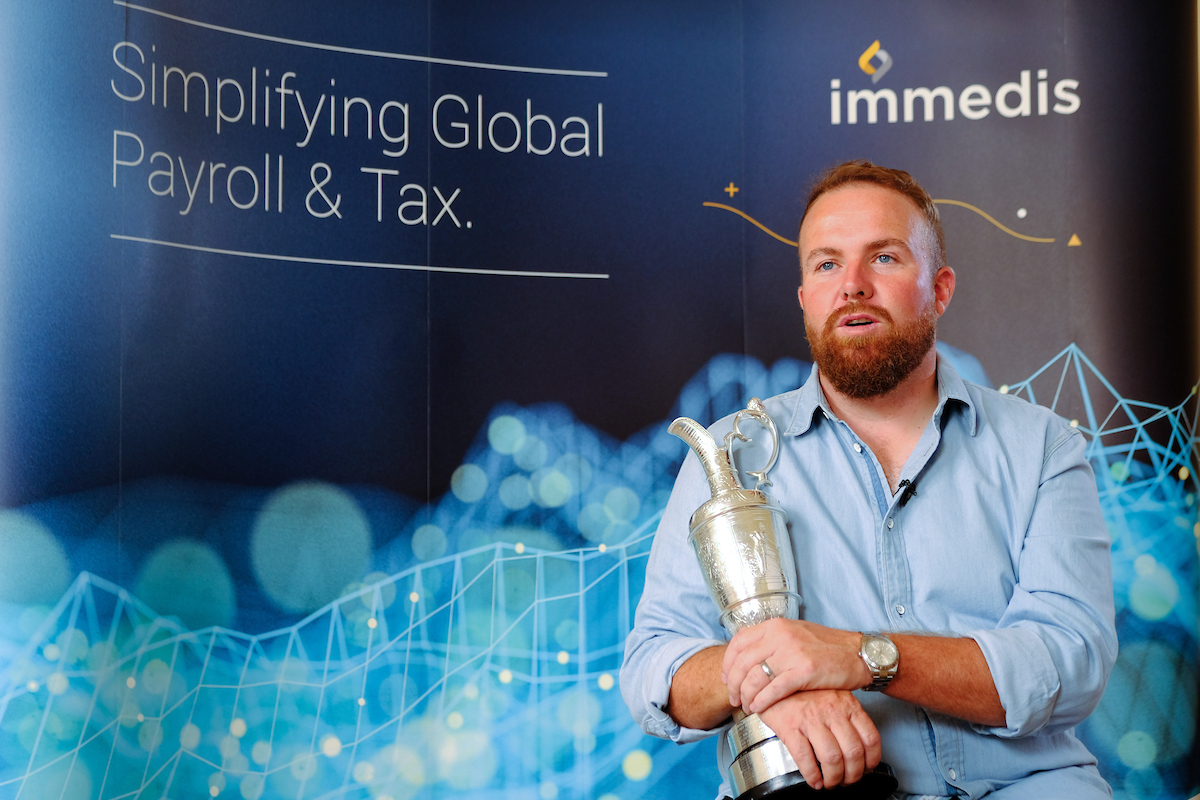 Victory at the 148th Open Championship doesn’t happen without the support of a team at the top of their game and years of hard work. Lowry has been preparing and training for success since those summer days as a child on the pitch and putt course.

Famed Irish golfer Shane Lowry is an avid sportsman through and through but found his real passion in golf. It’s the motivation from his family, his naturally ambitious, competitive nature and the continuous support from his professional team that is integral to his success. Combined, these elements have helped him move up through the ranks to become the exceptional player he is today.

Much like his sponsor Immedis, Lowry surrounds himself with a team of experts who are focused on delivering results. Lowry readily acknowledges the contributions his team have made to his success— his caddy, Bo, reminds him to relax and not take it all too seriously, while his coach, Neil Manchip, is always there to lend not only his expertise but a listening ear and reassurance. Everyone on his team—his caddy, trainer, coach and manager—work collectively with the common goal of success in mind.

Speaking in a recent exclusive interview with Immedis, Lowry affirmed that his close-knit team “all believed in me more than I believed in myself, which helps you along the way because when times are going bad, you know you’ve got a good team around you to steer you back in the right direction.’’

With hard work, expert coaching and training, Shane knows when he steps foot on the course, he doesn’t need to worry about being in “the zone”. He knows he and his team have prepared and that all of the practice, preparation and resolute discipline come together to produce quality results. It’s that same expertise and commitment to excellence that will carry him through on his next big endeavour on the Straits Course at the Ryder Cup in 2020.

Shane Lowry burst onto the golf scene when he won the Irish Open as an Amateur in 2009. His sporting career has gone from strength to strength ever since, winning several international competitions including the Portuguese Masters in 2012 and the Abu Dhabi  HSBC Championship in early 2019.

Immedis is a specialist division of The Taxback Group, a multi-award-winning global financial services group. Immedis delivers fully managed multi-country payroll and employment tax solutions for global organisations with overseas staff – whether local or expatriate. Since its rebrand and launch to the market in 2016, Immedis has disrupted the global tax and payroll industry, recently securing a 25million euro investment from Scottish Equity Partners (SEP) to support its rapid growth and worldwide expansion over the next 18 months.