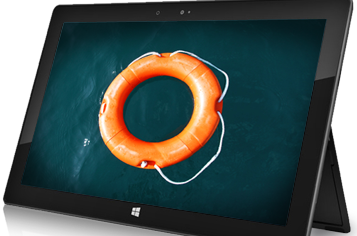 In response to the findings of a recent independent survey and Microsoft Support for Windows Server 2003 coming to an end this year, M2 Computing are urging businesses across the South East to spring clean their IT.

A survey carried out by Vanson Bourne*, answered by more than 3,300 workers discovered that 66% of respondents had been let down by their IT equipment in the past. More than a third of respondents reported their hardware failures had resulted in significant downtime and lost revenue. Most technology experts agree that a personal computer or laptop, should have a lifespan of between three and five years. The actual period will differ according to the individual usage pattern for each employee. Many businesses postpone hardware upgrades to reduce their costs, however the overall business cost of a failure could be far higher than a simple replacement.

Microsoft withdrew support for Microsoft Windows XP and Office 2003 back in April 2014, however according to estimates at the end of last year, over 17% of UK SMEs were still using Windows XP. In July this year, Microsoft will withdraw support for Windows Server 2003, leaving businesses who do not migrate, vulnerable and unprotected against new viruses.

Greg Roffe, Managing Director comments “It is very important that businesses review their IT equipment and infrastructure support on an annual basis. Keeping systems up-to-date will ensure companies avoid the costs associated with security breaches or hardware failure.”

For further information regarding upgrading IT equipment, infrastructure migration or for a free systems review please visit www.m2computing.co.uk.