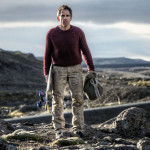 Reykjavik Excursions is offering a new tour that visits some of Iceland’s hidden gems, which have recently been uncovered in the fantasy drama film The Secret Life of Walter Mitty, starring Ben Stiller.

During the filming of The Secret Life of Walter Mitty, Ben Stiller and the crew travelled to seven locations in Iceland, some unknown to most visiting the country.

Icelandic media reported that locations in the film included Seydisfjordur in East Iceland; the Stykkisholmur village on the Snaefellsnes peninsula in the West; and at the coast of Gardur on Reykjanes Peninsula in Southwest Iceland.

According to sources, the film has been announced as the most extensive foreign film project in the country for 2013, with Ben Stiller and the crew spending five weeks in Iceland.

The Secret Life of Walter Mitty is a 2013-adaptation of James Thurber’s 1939 short story of the same name, and follows “a timid magazine reporter who lives life vicariously through daydreams, who embarks on a true-life adventure when a negative goes missing,” as stated by IMDB.com.

For more information regarding tours with Reykjavik Excursions, visit www.re.is.