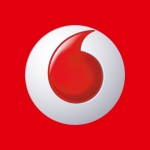 Scandinavian news channel IceNews has recently covered the increased demand for Vodafone Iceland’s services, including its prepaid SIM card services, and its popularity as a preferred roaming partner in Iceland.

According to IceNews, this increase in tourist numbers can easily be seen by the number of foreign communication providers connecting to Vodafone Iceland; for example, on 18th June 2012, the Icelandic communications provider saw a 33 percent increase in foreign mobile providers using Vodafone Iceland as their preferred roaming partner, as opposed to the same day in 2011.

Hrannar Petursson, Chief Communications Officer at Vodafone Iceland, says phone usage gives a good picture of what is going on in society today. “We often see clear signals in mobile phone usage. When the economy gets worse there is a decrease in network activity, and when it rises again so does the use of mobile phones. We can also see it when the Icelandic national handball team is playing or when the Eurovision Song Contest is being broadcast.”

In an earlier article covered by IceNews, Vodafone Iceland has also seen an increase in demand for its prepaid SIM cards and its prepaid 3G data by visitors in Iceland.

With a Vodafone Iceland prepaid SIM card, visitors can travel in Iceland with their own mobile phone or smartphone, and make local calls without paying expensive roaming charges. Users can then top-up anytime and stay connected through the entirety of their trip.

Vodafone Iceland offers a basic starter pack, whereby users will be giving a SIM card with ISK 1000 credit. Travellers then also have the opportunity to use ISK 500 of the included credit to buy 300 MB worth of data for their smartphone.

Furthermore, in order to access 3G Internet in Iceland via smartphones, Vodafone’s prepaid plan gives users 5 MB of data per day at a small cost of ISK 90. If users exceed those 5 MB in one day, another ISK 90 is withdrawn from the account and users are then good for another 5 MB of data transfer.