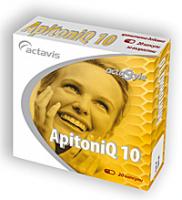 Actavis in Bulgaria has launched a record 29 products so far this year.

Generic pharmaceutical company Actavis has launched 29 new products in Bulgaria during the first three months of the year.

Actavis also released Sertraline (antidepressant), Bicalutamide (oncology) and Irinotecan (oncology), which has also recently marketed in the US.

Of the 29 products, 23 are nutritional supplements (ActaVit® vitamins; Doctor Mom and ActaStyle dietary supplements) and products from the Decubal cosmetics line.

For more information on Actavis in Bulgaria visit www.actavis.bg